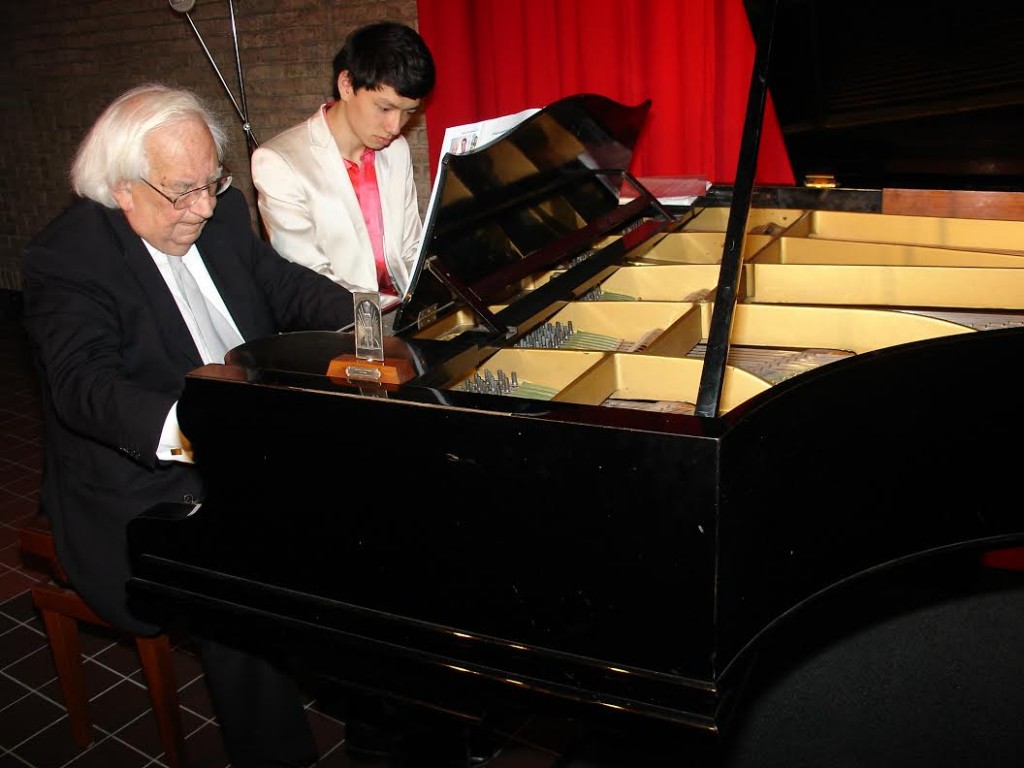 Wayenberg and Oei have been working together for several years and enjoy playing quatre mains, also in the presence of the Dutch Queen Maxima. Dutch master pianist Wayenberg and Martin Oei did a successful Costa Blanca concert tour in December 2014 performing in Dénia, Alicante, Jávea and Benidorm, after which the organizer Momentos de Música was overwhelmed with positive reactions. Wayenberg and Oei agreed to come back in April for a serie of intimate concerts exclusively at Villa El Nido in Jávea.

22, 23 & 24 April will be very special for classical music lovers in the Costa Blanca. Wayenberg & Oei, will perform in Villa El Nido on one stage, quatre­mains and solo, and together on 2 grand pianos playing the two major Piano Concertos (2nd Chopin and Rachmaninov 2nd) in one concert. The world­famous pianist Daniël Wayenberg (86) m​ade his international breakthrough in 1949 and is considered one of the best pianists ever from the Netherlands. In his long career, Daniel played with the New York Philharmonic Orchestra and many times with the Royal Concertgebouw Orchestra Amsterdam. Wayenberg and Martin Oei played together many concerts in sold out venues, as in the Concertgebouw in Amsterdam.